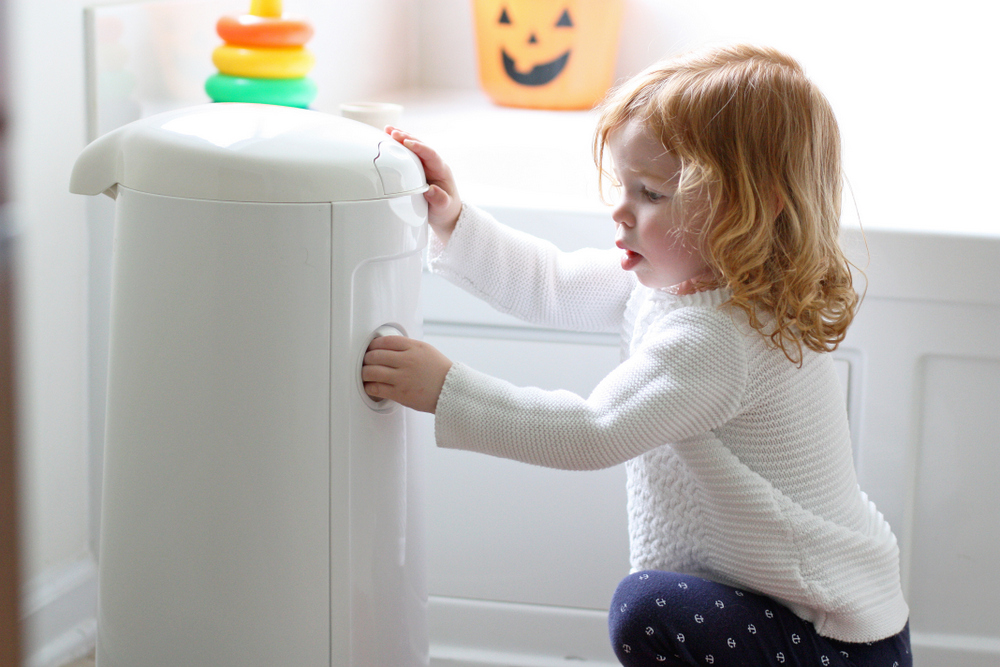 You know what doesn’t bother me at all?

I mean, I’m not LOOKING for more excuses to do it, but now that I have a potty-trained child, I recognize how much easier life is with diapers for a good long while.

(And any mom who has been in the far back corner of Target with a full cart and then is told by their 3-year-old that they need to go to the bathroom right. this. minute knows just what I’m talking about).

When I was pregnant with Ani, lots of people asked me if I was going to try to potty-train Ella before Ani was born so I wouldn’t have two children in diapers.

But I was pretty sure the last thing on earth I wanted was a barely-trained child when I was.

Also, Ella just didn’t seem quite ready to me, and I didn’t want to push it.

When Ani was about four months old and settling into a regular nap routine which meant we didn’t leave the house as much, and Ella, a few months shy of three, seemed ready to make the leap, we went for it and she was fully trained in a couple of days with only a single accident (and no temper-losing on my part).

Waiting a few extra months made all of our lives easier.

And now I’m in no hurry to ditch the diapers for Ani. Maybe this fall, when we’ve settled in to our new home and she’s getting closer to three.

But in the meantime, I don’t mind a bit having two children in diapers.

I am also feeling superbly grateful to have partnered with Munchkin and their Arm & Hammer diaper pail, since one downside of having a big house is that it’s a total pain to take the diapers out to the outdoor garbage can multiple times a day. 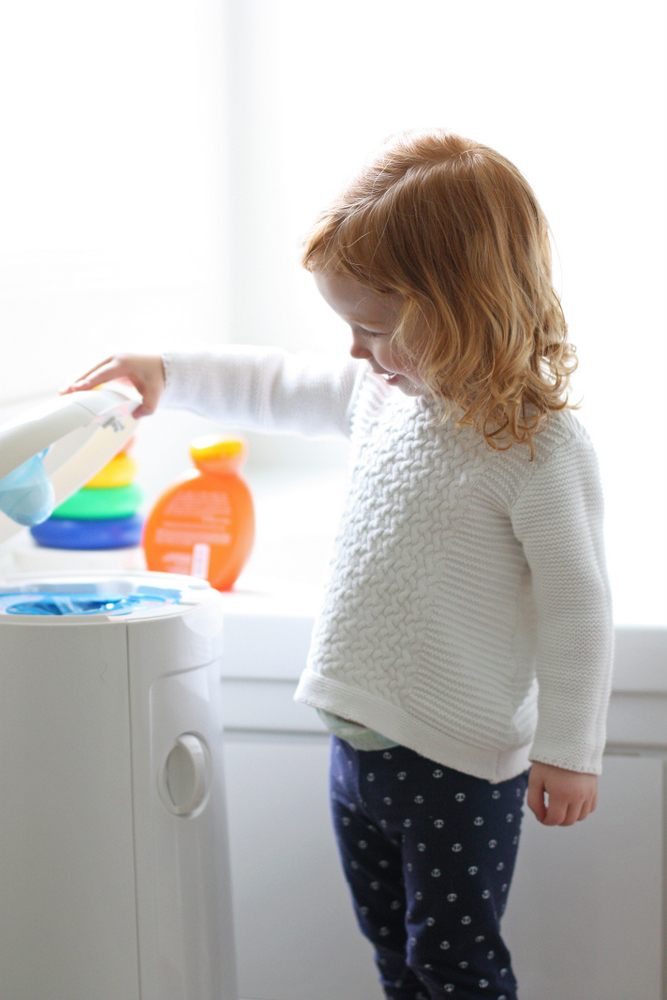 We’ve never owned a real diaper pail before (I’d used other peoples’ when I was babysitting in the past and when they were opened, they smelled so terrible, I decided it was just better to make the walk outside frequently), but this one not only seals off after every diaper, but also sprinkles a little bit of baking soda in after every diaper to eliminate the smell.

Plus, I’ve been working really hard in this house to get things I actually love, rather than just whatever the cheapest thing available is. 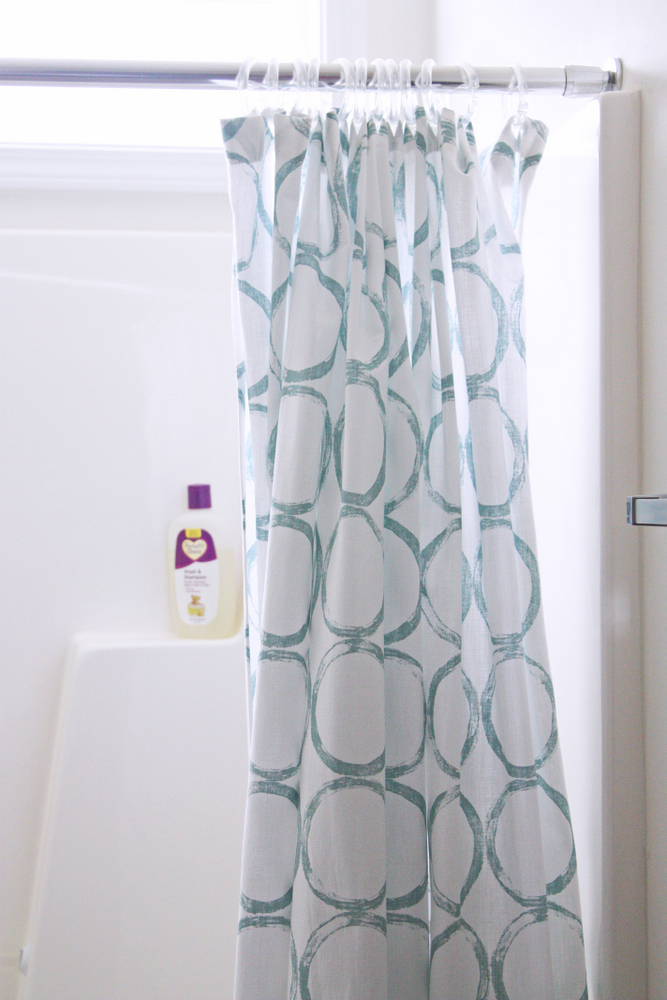 When I bought a shower curtain for the girls’ bathroom, instead of buying the white plastic one for $2 like I have every time before, I sprang for this one which cost a whopping $20 instead (yes, I really know how to spend – and yes it did seem ABSURDLY expensive to me).

Every time I go in this bathroom, it makes me happy to see it.

And I was equally happy to swap out my ugly $2 trash can for this sleek diaper pail. 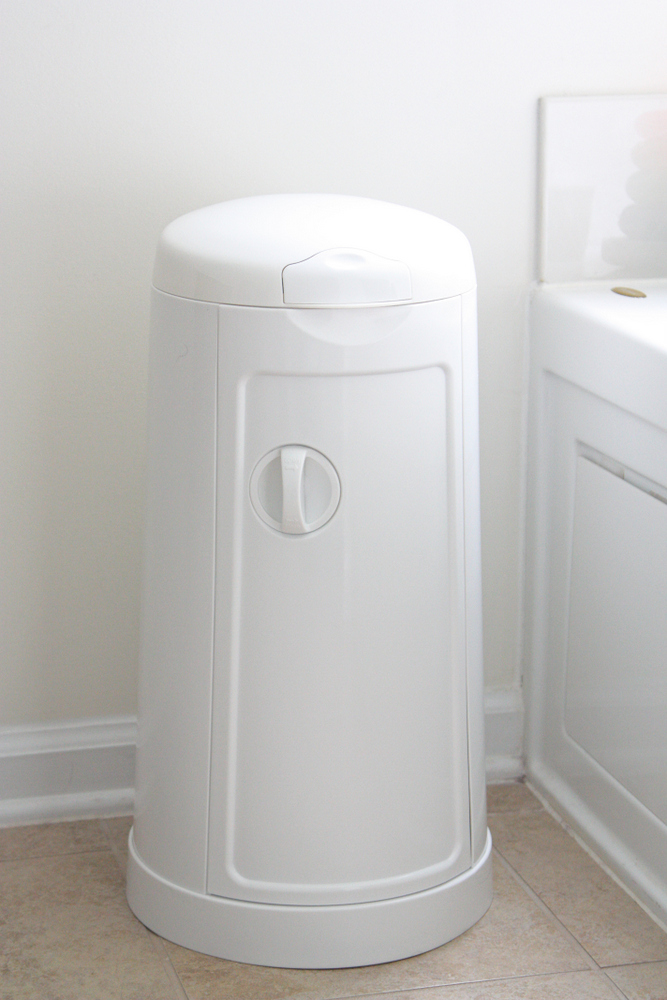 Since I plan to have at least two and a half or three more years of diapering (and probably more if we have a fourth child), I anticipate many many many days of being delighted by how good-looking it is. 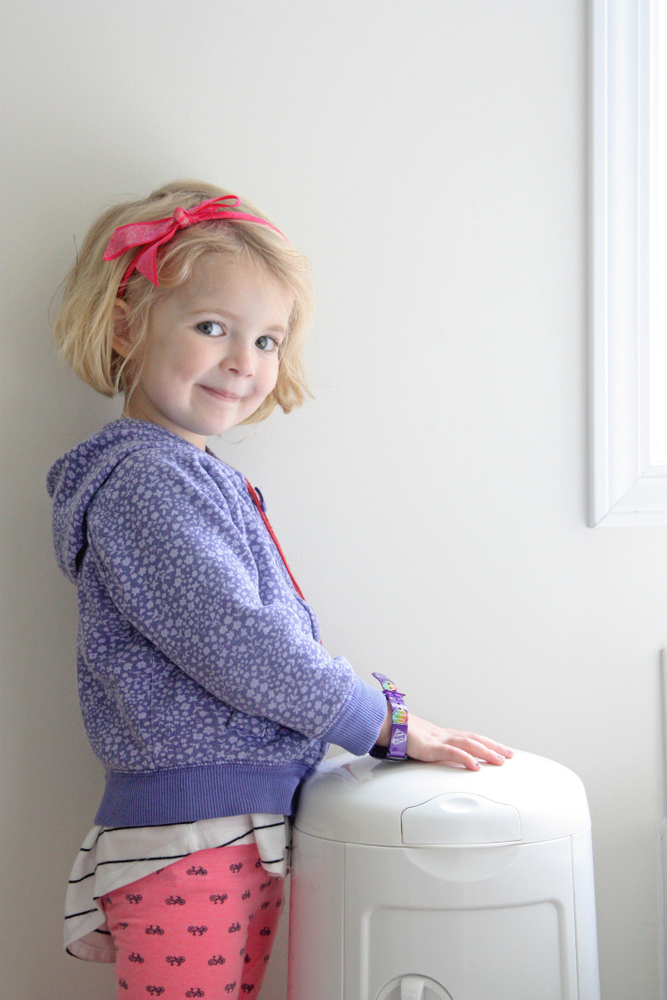