This post brought to you by Breyers Gelato Indulgences. All opinions are 100% mine. 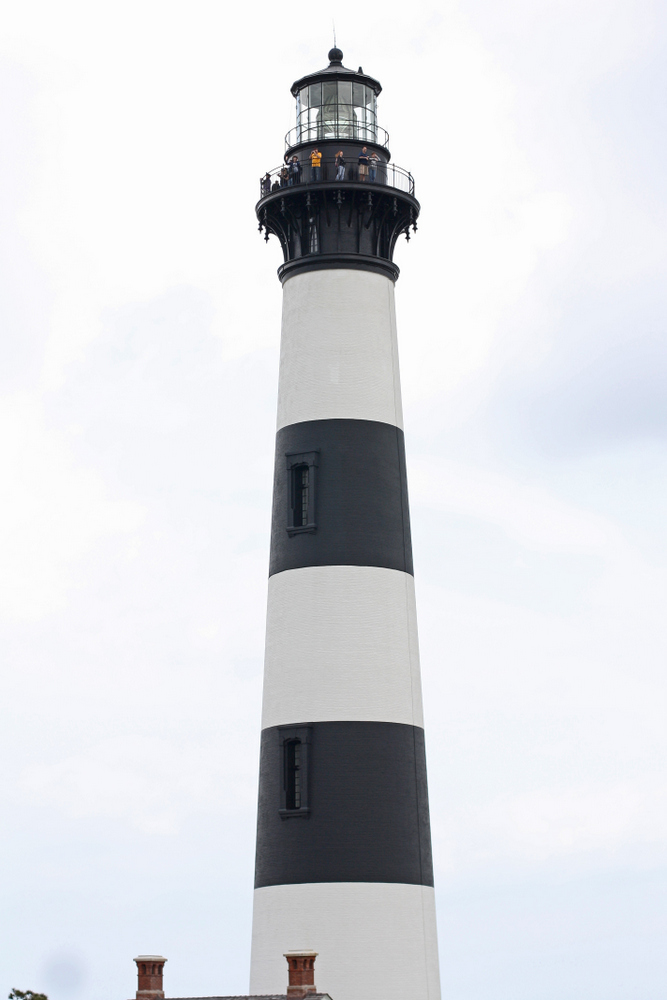 Last week, we went to the Outer Banks with 13 other families from the MBA program.

We rented an enormous house (14 rooms and 15 bathrooms, plus two kitchens, a pool, two hot tubs, beach front access, and two kitchens), and it was basically a non-stop party for six days.

We visited a nearby lighthouse, had Duck Donuts for breakfast, played mini-golf, and spent the morning in the hot tub. I read two quite excellent books, and our family went for walks on the beach before bedtime.

We loved every minute of the trip. 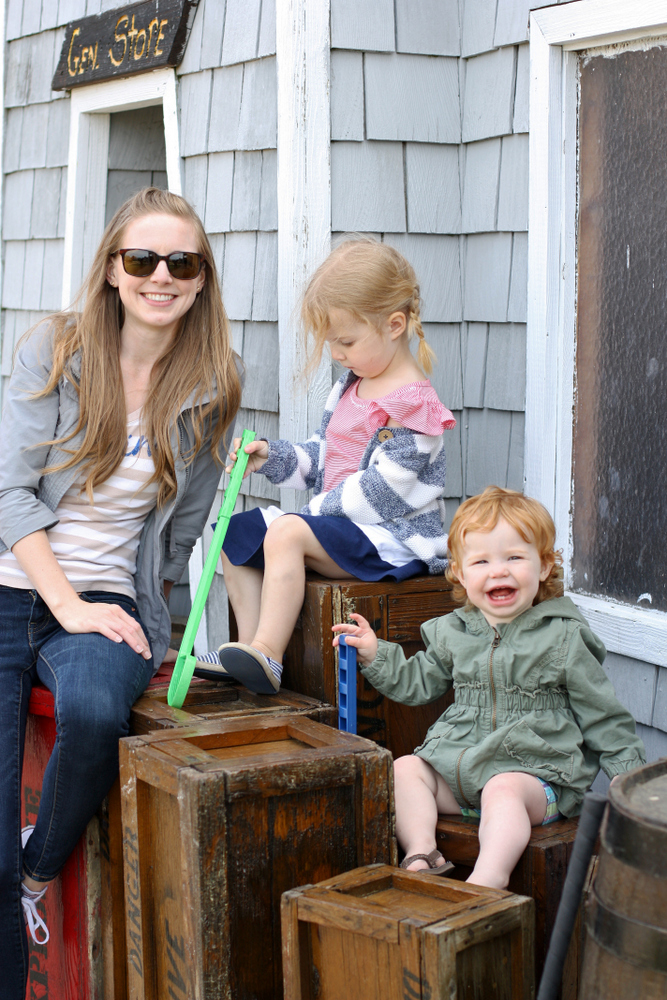 But there is no question that the best part of the trip was after all the children (24 total on this trip!) were tucked into bed and all the adults gathered in the main living area on the top floor.

(In fact, our children were so exhausted by the end of every day of non-stop fun and playing that we put them to bed by about 6:40p.m. most nights).

Bart and I used to be huge game players, but in recent years – since we’ve had children – our game nights have really slipped off.  With babies that go to bed early, it’s hard to get together with other friends, and it’s not really reasonable to do it with children awake.

So being stuck in the house with a bunch of other adults every night was basically the best thing ever.

We played Greed, a dice game where you roll for points and decide after each roll whether to bank your points or keep going for more points and risk losing them, which was so rowdy and hilarious, I can’t believe we didn’t wake up all the babies.

Before each game, we picked three punishments, and after the game, the loser had to pick one of the three punishments to carry out. The first night, one of the men did a fantastic tabletop rendition of a Backstreet Boys song. On the last night, Bart was the loser and had to run into the FREEZING ocean at about eleven p.m.

We also played many rounds of Mafia (although, I only played once because a few nights I just couldn’t stay up ANY LONGER).

It was just so ridiculously delightful. And more fun than what I usually do at night after my girls are in bed which is. . . .stare at my computer screen.

And, of course, the really awesome desserts would come out once the children were in bed (yes, children, your fears that everything fun happens after you go to bed are well-founded).

On the last night, Bart and I pulled out four tubs of Breyers Gelato Indulgences and everyone grabbed their spoons. 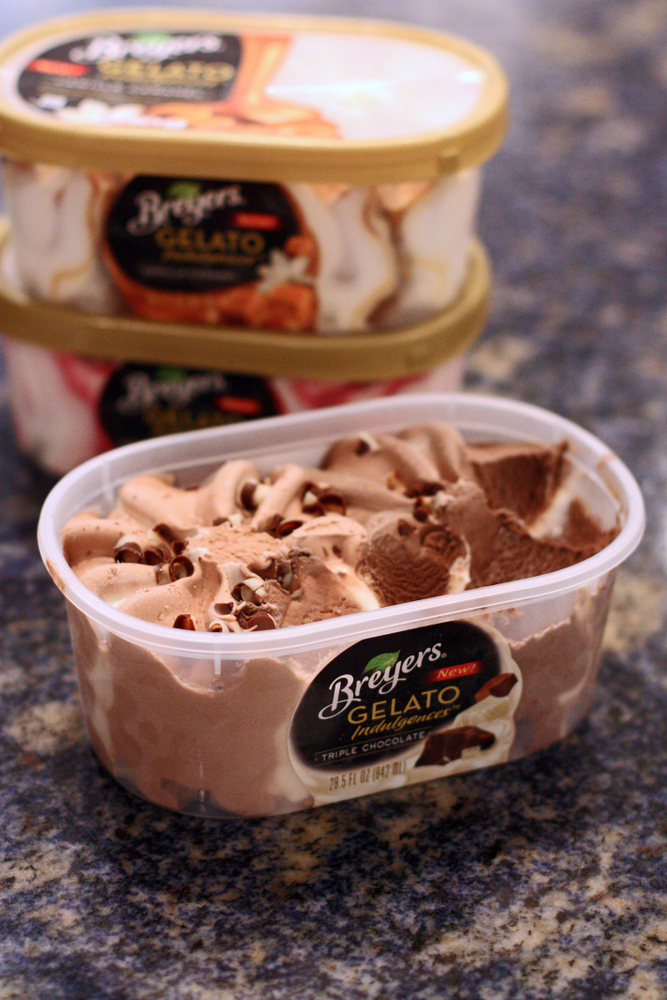 There are four flavors – Vanilla Caramel, Raspberry Cheesecake, Tiramisu, and Triple Chocolate – and when I polled people after they’d tried the different flavors, everyone was split.

My favorite was the Vanilla Caramel (and it was one of those few ice cream/gelatos where the vanilla wasn’t a disappointment and just in the way of the caramel. They were both equally fantastic. I could have eaten it all night long). 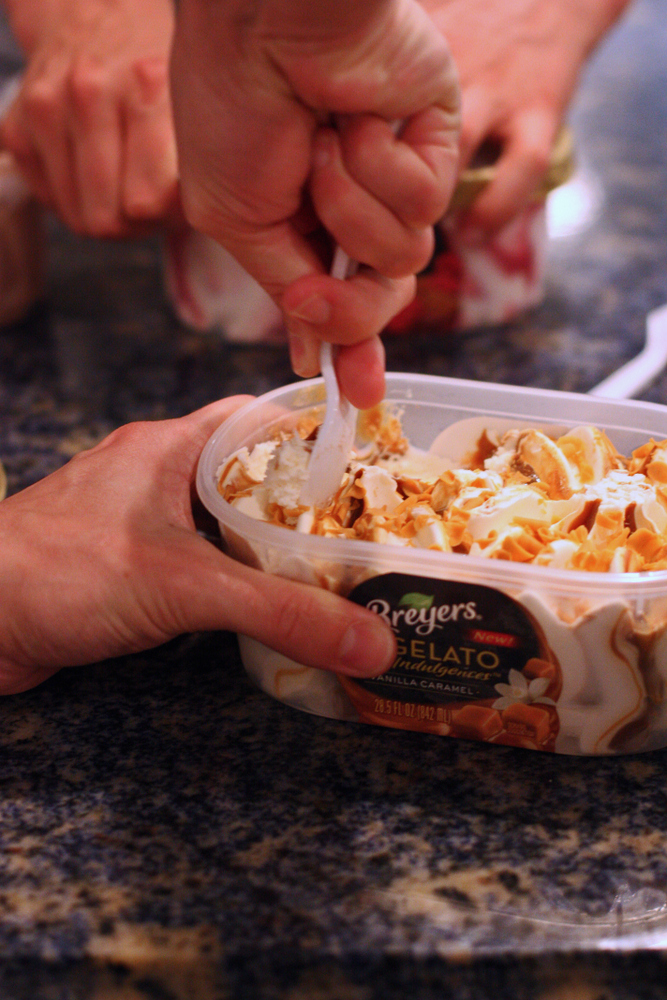 Bart liked the Raspberry Cheesecake best. With the graham cracker crust crumbles on top, I can’t really blame him. But . . . I can almost never resist caramel. 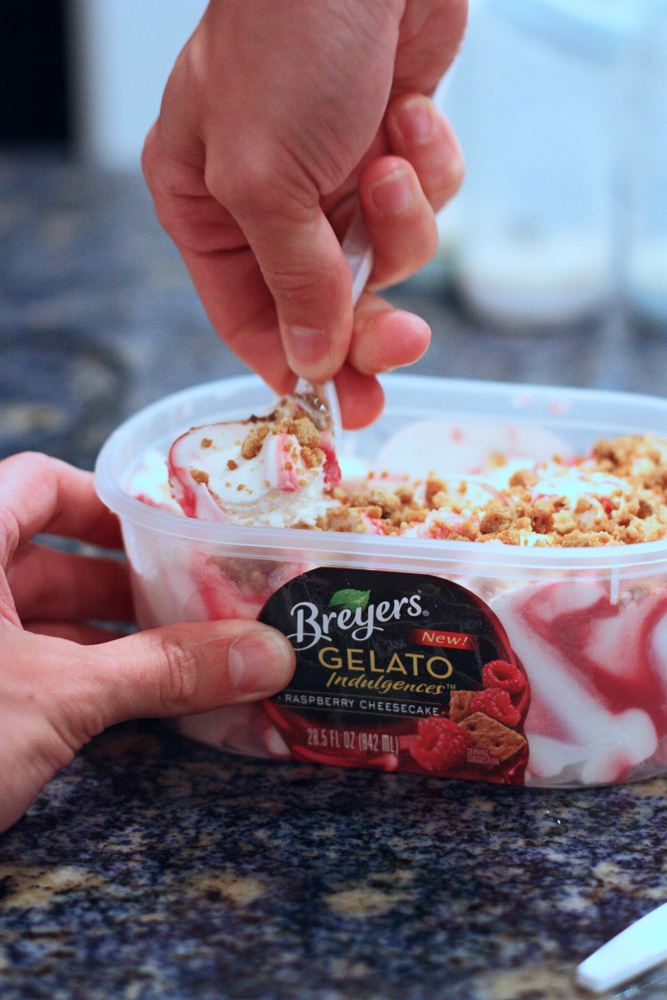 The children, of course, had no idea that this gelato even existed. The way it was meant to be. 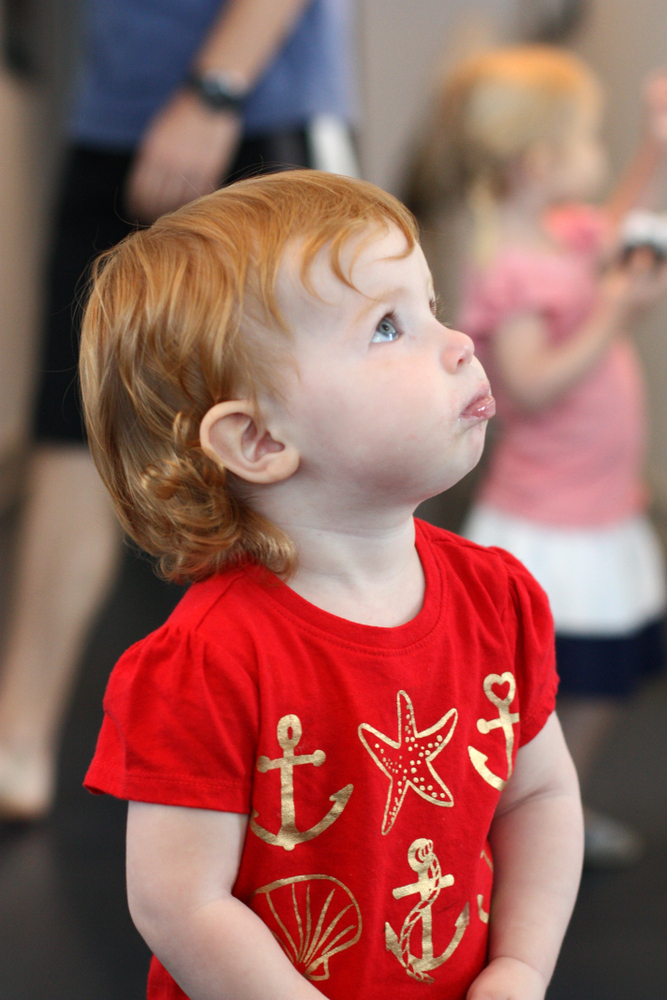 And then we used the late-night fuel to play hours of more games. Some of the people actually stayed up until 3:30 a.m., but Bart and I went to bed a little after midnight like giant wimps.

(It was too bad that we had to end the trip by driving three and half hours home, packing and cleaning like maniacs and dashing to the airport in order to barely make our flight to Las Vegas, five suitcases, two carseats, and two exhausted children in tow. But it was worth it).

Also, now Bart and I are dying to play more games again. Come one, come all. And bring some gelato.