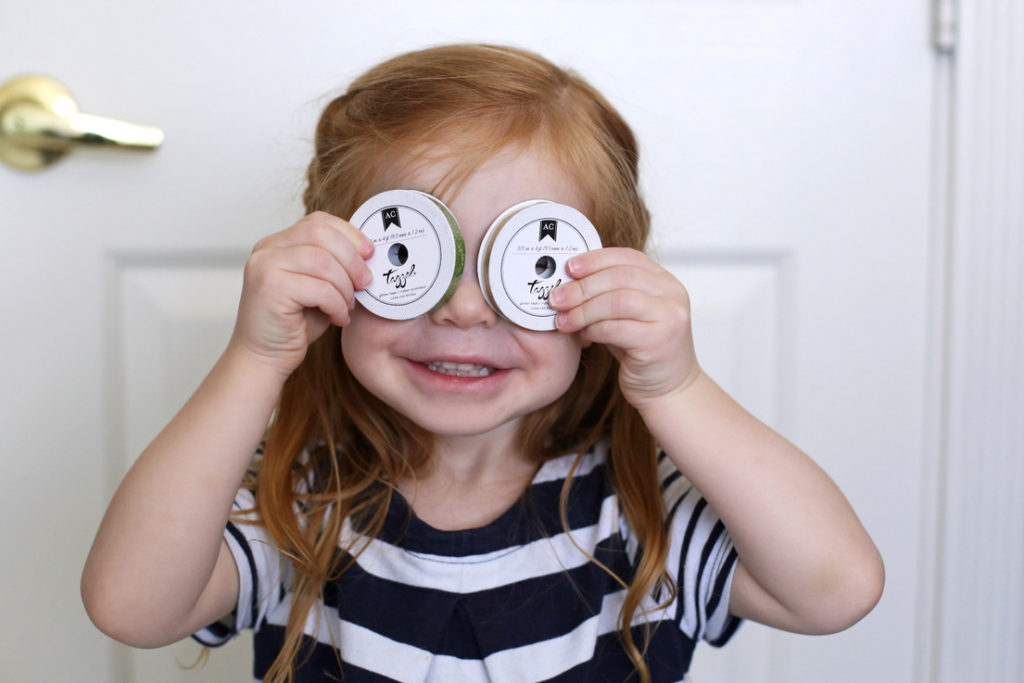 This post is sponsored by Go & Grow by Similac®.

A few months ago, I took Star in for her 15-month checkup, and the pediatrician informed me that she was in the 78th percentile for height.

I wasn’t shocked because she seemed fairly tall to me (she’s wearing things that Ani wore while we were in London, when she was almost two), but it was still a little reminder of how fast these little girls are growing up.

And since we now live in a house we might actually stay in for more than a year, it seemed like this might be the time to put up a little growth chart.

Bart’s family is dear friends with another family in their neighborhood, and they often spend Christmas Eve lunch together. We’ve been invited along a few times, and I remember that the first time we went to their house, I saw a penciled growth chart on their kitchen wall with two decades’ worth of marks, spanning from just above my knee to well over six feet tall.

But I didn’t particularly want to write on my kitchen wall in pencil, nor was I particularly thrilled with the idea of making a really complicated, giant ruler for the wall.

Instead, I decided to make the simplest and cutest glitter-tape growth chart. My girls love glitter anything, and I’d bought this tape years ago and never used it for anything. 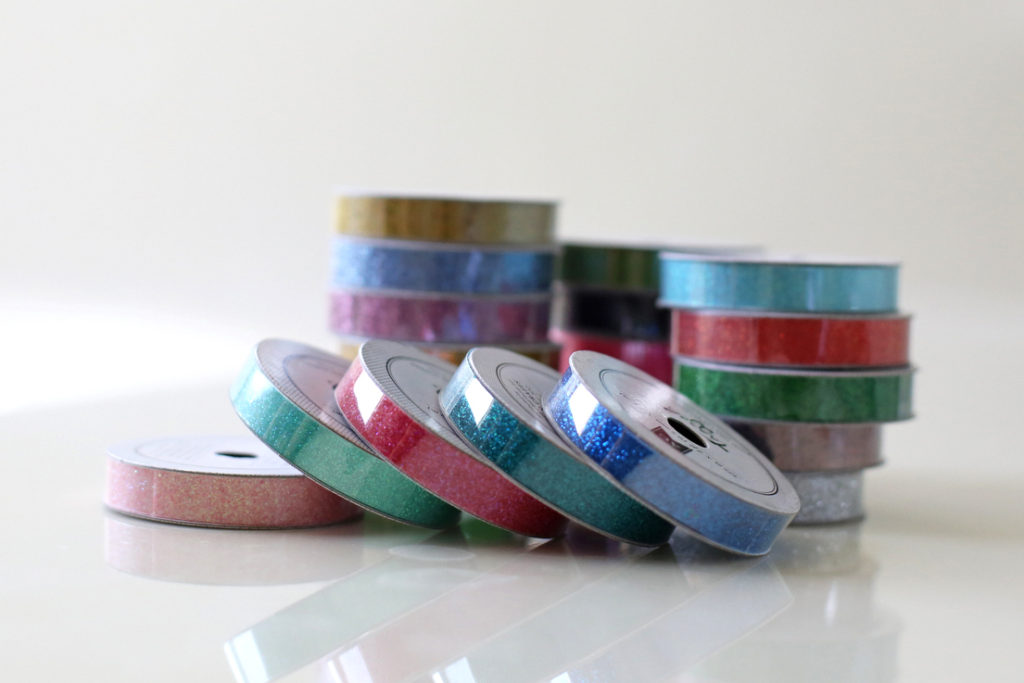 I let each of the girls pick out their own color (which took forever, as you can imagine) and then wrote their name and the date on their strip with a marker.

Because we’re still painting basically every room in our house, I decided to place the growth charts on the bathroom door, where we could see them but where they wouldn’t be on display. (Although if either of the girls had finished bedrooms, I probably would have done them in their rooms.) 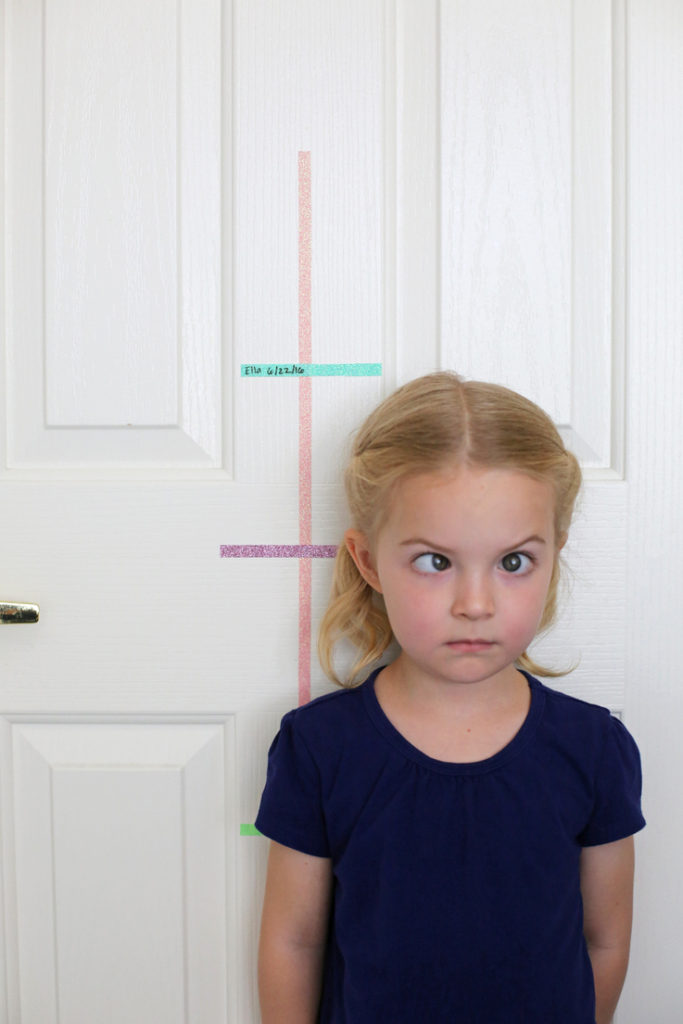 I picked a color of my own, made a long vertical strip, and then had each girl stand against the wall so I could place their mark appropriately. 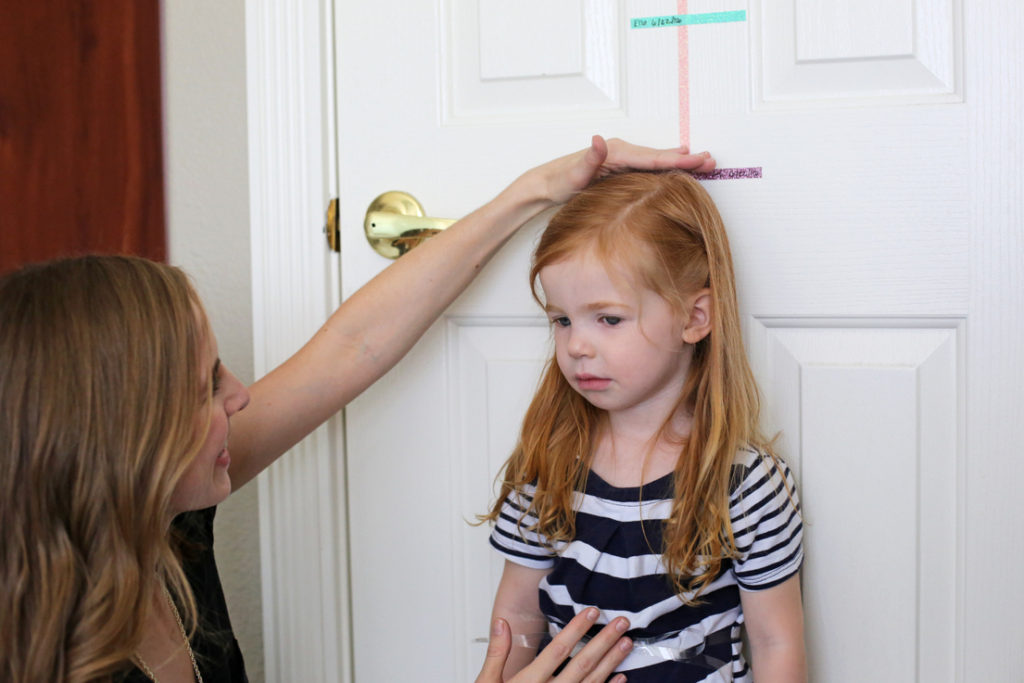 They loved seeing how tall they each were, and I loved the bright colors brightening up the bathroom.

I can’t wait to keep adding to it as the years go by, even if the thought of my girls growing up makes me a teeny bit sad.

I also wanted to share a couple of tricks for one of my favorite quick, nutritious breakfasts around here for supporting healthy little growing bodies.

I buy bulk old-fashioned oats, and then put about 1 cup in a microwave-safe bowl and cover the oats with water. I cook it on high for two minutes.

Once it comes out of the microwave, I stir in 2 packets of Go & Grow by Similac® Mix-Ins™ for Food, since it adds protein, fiber, and vitamins but doesn’t change the flavor or texture and the kids don’t taste a difference. I then divide the oatmeal between two kid bowls, since the ceramic bowl is always super hot. 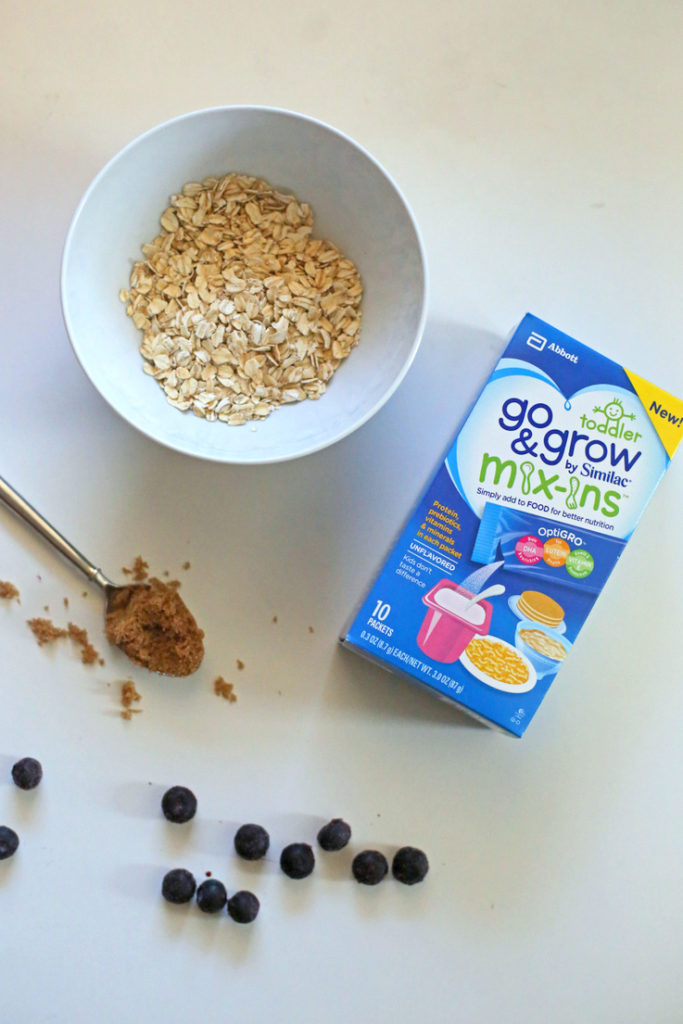 Next, I stir in a spoonful of frozen blueberries since it helps quickly cool down the oatmeal and adds some extra flavor, plus a little milk to thin it out and cool it down more. A quick pinch of salt and little sprinkle of brown sugar and it’s ready to serve. (I think it took me longer to write these instructions than it does for me to actually make it.)

Breakfast is served in four minutes! 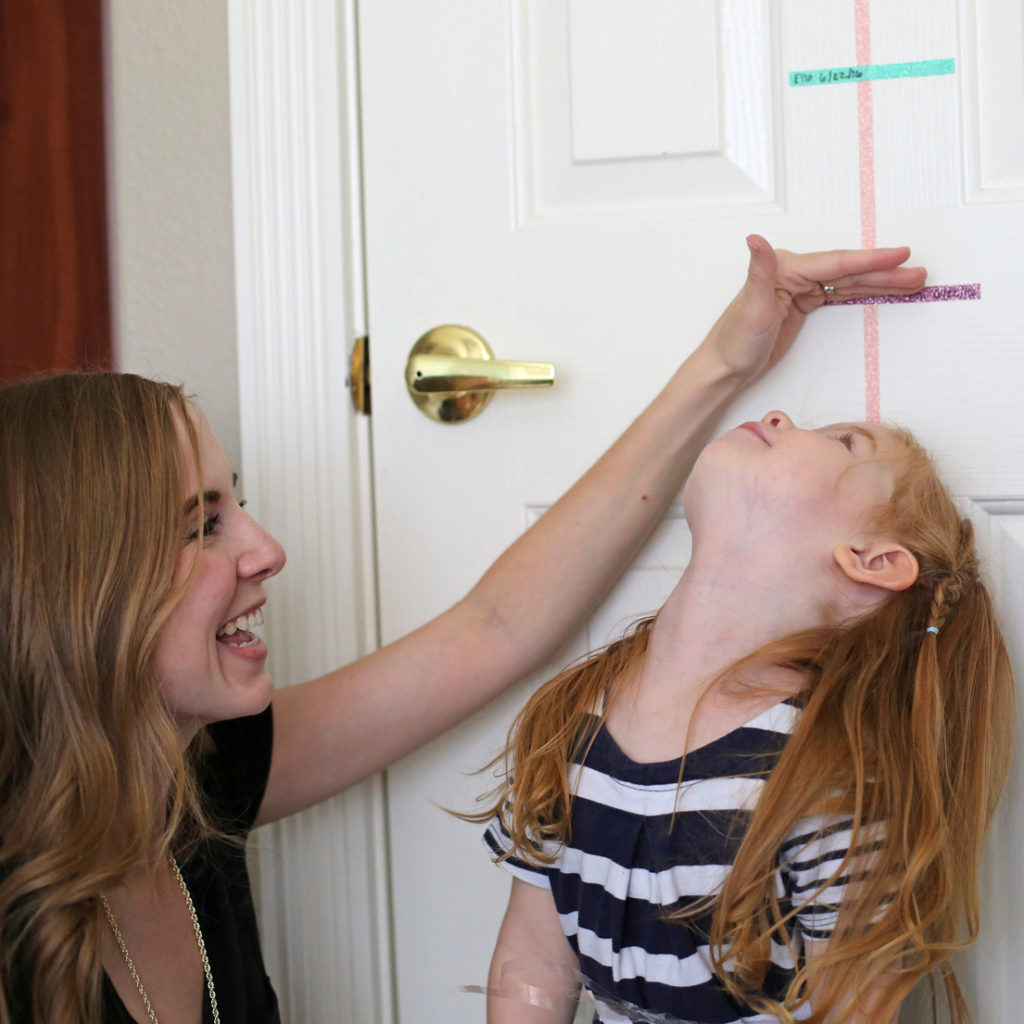 Go & Grow by Similac® Mix-Ins™ for food and Toddler Drinks are secret weapons for adding nutrition to toddler meals!