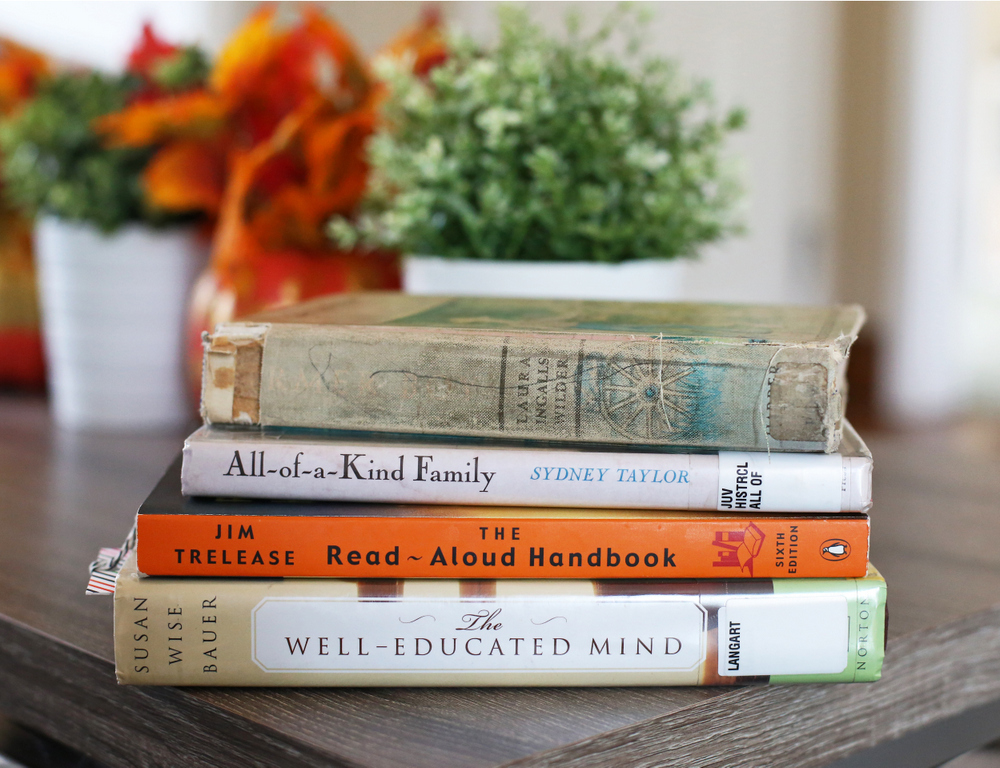 I am definitely not one of those people who only believes that a physical book is a real book. I got an e-reader about four years ago, when Bart won it at a work party, and it was so fantastic to finally be able to easily read all the e-books available on Overdrive or through NetGalley.

Also, I for sure overpack books for every trip, so it was a revelation to be able to start taking a dozen books along on a trip without needing to see a chiropractor when I got back.

My original e-reader was black and white, which meant it wasn’t great for reading picture books (a big downside as my girls got older), and any book I was reading that had images in it (which is getting more common with mixed media young adult and adult titles) didn’t translate well at all.

The new Samsung Galaxy Tab S2 NOOK solves both of those problems because it is full-color, and the colors really pop on it. I have to say, a picture book just looks really beautiful on it. 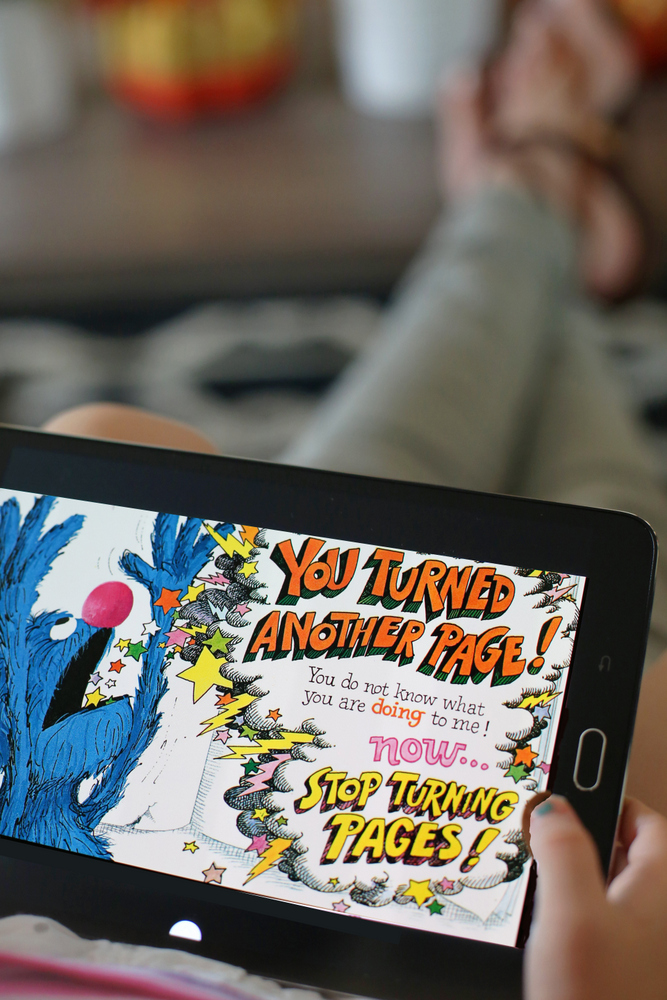 It’s also really great to be able to have my audiobooks and my digital books on one device instead of having to switch back and forth.

We also went on a little trip over the weekend, and the girls were over the moon that I let them play some games and watch videos on it during the five hours of driving.

Basically I like a good book in any format – physical, digital, or audio. Here are eight books I’m working on right now:


Farmer Boy by Laura Ingalls Wilder
Is there anything better than Laura Ingalls Wilder? I’ve put off re-reading this series for the last decade so that it’d be exciting to me when I finally had a child old enough to read it aloud to. And it’s everything I hoped. We started with Farmer Boy because it’s one of my favorites of the series, and then it doesn’t pop up in the middle of the other books.

The Well-Educated Mind: A Guide to the Classical Education You Never Had by Susan Wise Bauer
I’m probably going to need all five renewals on this book because it is HEFTY. It usually takes me a page or two to get back in the flow of reading something this dense, but once I do, it’s hard for me to put down.

Maybe in Another Life by Taylor Jenkins Reid
I’ve read two of her other books and I wouldn’t particularly recommend them (possibly because in Forever, Interrupted, the main character became a public librarian and made a much higher salary than all her peers at graduation and that made me roll my eyes until they became almost stuck. Apparently all her peers were making $12,000 a year). But I still keep reading her books every time a new one comes out so. . . make of that what you will.

All-of-a-Kind Family by Sydney Taylor
I started reading this to Ella back in June but then we moved and I returned our copy to the library, and I’ve just finally gotten around to re-checking it out. I feel like this series is vastly underrated – it is seriously the sweetest, most delightful set of stories ever, about a Jewish family with five little girls living in New York City around the turn of the century. Also, I’d be so ridiculously thrilled if I had five little girls.

Four Seasons in Rome: On Twins, Insomnia, and the Biggest Funeral in the History of the World by Anthony Doerr
My mom recommended this book and I’m reading a digital copy right now, which means it is the one I pick up when I’m on the go and only have my e-reader along, rather than a big stack of physical books. It’s the memoir of a couple who returns home from the hospital with their newborn twins to discover the husband has won a fellowship to live in Rome for a year and write. So off they go. And I just now realized when I was writing this that it’s the same author who wrote (and won the Pulitzer for) All The Light We Cannot See. Nothing gets past me.

The Republic by Plato
Having this book on the list makes me look so much more academic than I really am. I can absolutely guarantee I would not be reading this book if it weren’t for my book club and also, if I hadn’t gotten assigned to lead the discussion on it (all the gulps in the world). It’s only right to note that I will also be reading a hefty amount of CliffsNote and SparkNotes so that I have anything remotely useful or coherent to say about it in a few weeks.

No Ordinary Time: Franklin and Eleanor Roosevelt: The Home Front in World War II by Doris Kearns Goodwin
I never like to read abridged versions of anything, but I made an exception in this case because the abridged version is read by Edward Herrmann (he’s the grandpa in Gilmore Girls and also reads the audio versions of both Unbroken and The Boys in the Boat). Basically, if he reads it, I want to listen to it. Although, I’m almost done with it and I think I want to go back and listen to the full version which is 39 hours instead of 6. It was obviously abridged a LOT.


The Read-Aloud Handbook by Jim Trelease
My parents gave me a copy of this book, which I remember them owning when I was a child, several years ago, and it has sat on my bookshelf with the spine unbroken. I finally pulled it down a few weeks ago and have been reading it during homeschool while Ella does math or handwriting or something that doesn’t require my attention, and it is so inspiring.


I’d love to hear what you’re reading. Especially since I have three library cards, so I have plenty of space to request new books (except there is a $2 fine for every hold you don’t pick up and that’s causing me some fairly good stress right now). 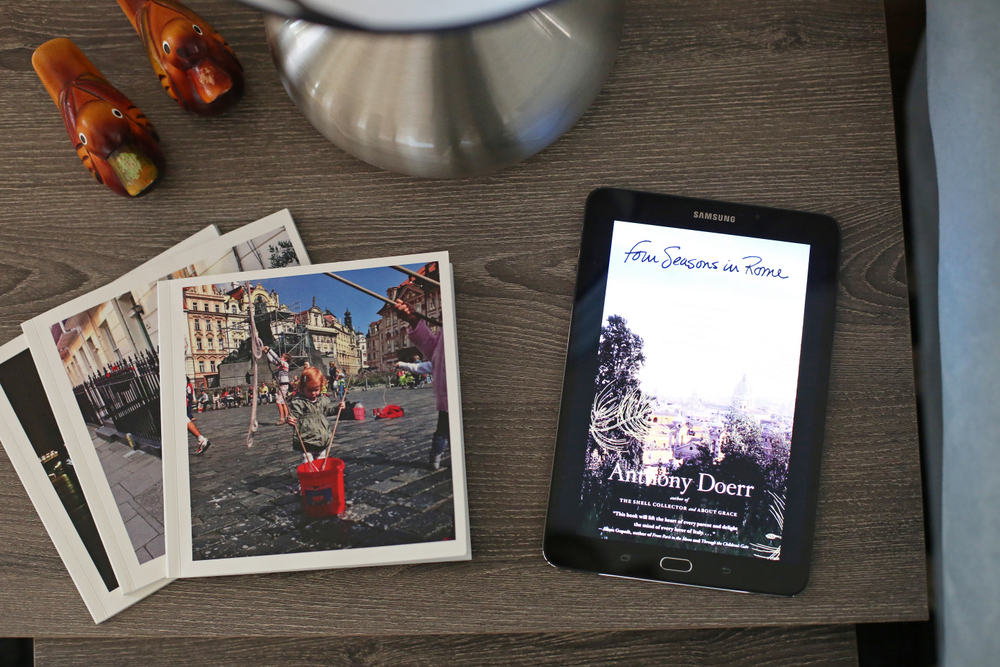