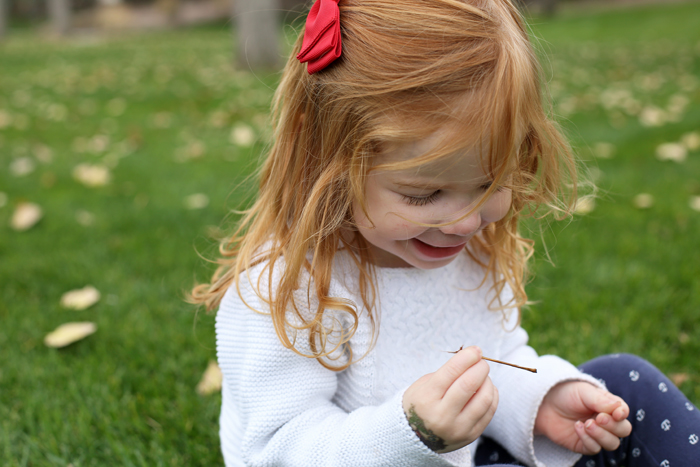 When she was born, I subconsciously expected Ani to basically be a little carbon copy of Ella, but from the first moments, she has been her own person through and through.

The older she gets, the more I just enjoy her absolutely unique little self. 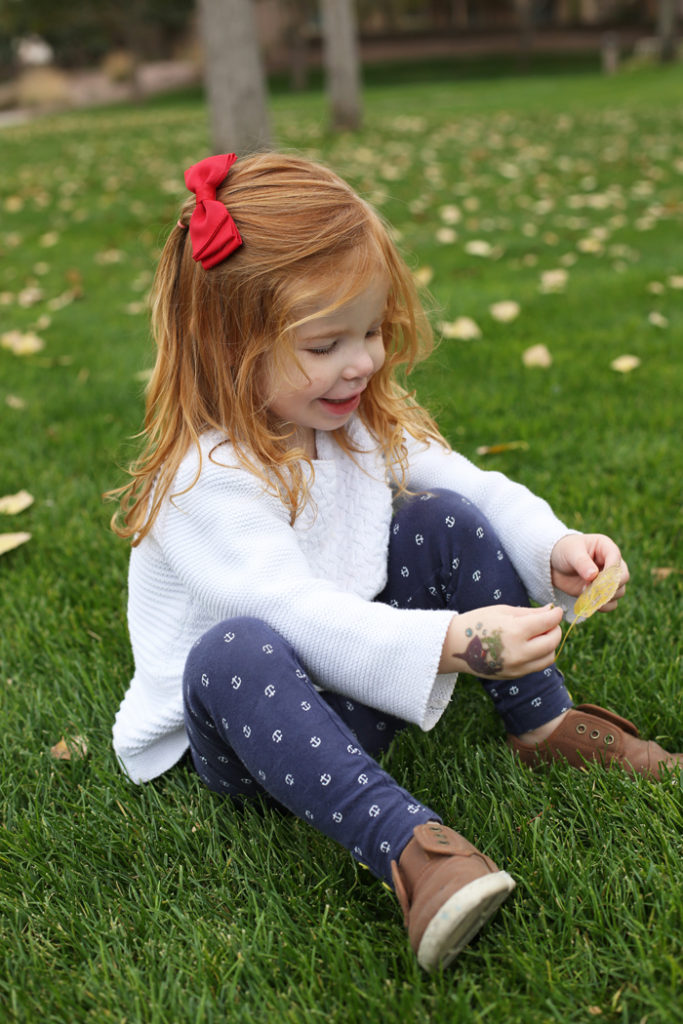 From the beginning, she’s been a cuddler and she still loves to sit on my lap, hold my hand, or lay her head on my shoulder. She’s just so affectionate and it’s very sweet.

I remember that it took her a while to be interested in books when she was a baby (probably because I didn’t read to her as much as I did with Ella), but now she can’t get enough of them. She’ll sit and listen to as many as I’m willing to read to her, and she loves it when Ella reads to her too. She always has an audiobook or four in her room and she’ll listen to them over and over again during quiet time or at bedtime.

She has an amazing memory and often at the end of the week, she can recite nearly perfectly whatever poem Ella has been memorizing. Hearing her rattle off a little Robert Frost verse is about the cutest thing I’ve ever seen.

In August, she gave up her naps almost overnight. She went from napping 5-6 times a week to napping almost not at all. She doesn’t even fall asleep in the car, like Ella did frequently in the car for a year after she gave up regular napping. 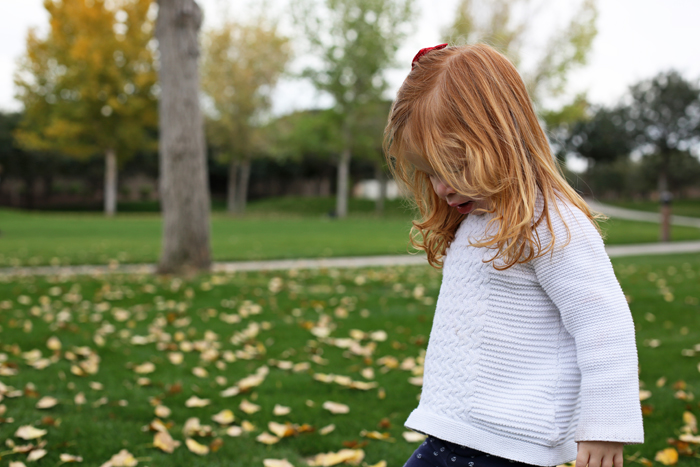 She IS very sensitive to being tired and if she’s exhausted, she’ll come and tell me, “I’m ready to go to bed.” You can put her in pajamas, tuck her in bed, shut the door, and in three minutes she’ll be completely asleep.

I wondered if any child could be more into a pacifier than Ella was but Ani is definitely giving her a run for her money. She LOVES her pacifier, which she calls “The Other One Paci.” (She also has a Dragon Paci and a Dog Paci but those are strictly for holding – she has no interest in actually putting them in her mouth). I’ll probably let her keep it another six months or so like we did for Ella. You can convince her to do almost anything as long as you wield the paci. 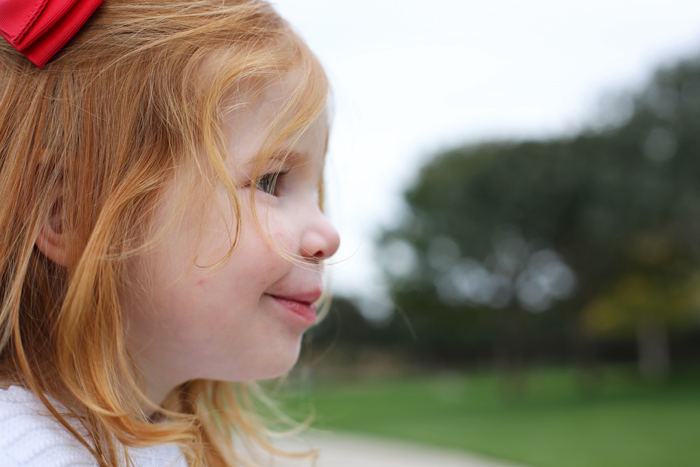 Ani is incredibly stubborn and has been from her earliest days.  Bart and I both commented when she was just a few months old that if she wanted something (her pacifier, nursing, to go to sleep) and you didn’t give it to her in a timely manner, she would be totally bugged and couldn’t be soothed even after you gave her what she wanted. She is not easily distracted and once she’s mad, it is really difficult to talk her down.

A few months ago at church, she got really worked up and Bart took her out. 45 minutes later, I figured he was just sitting with her in the hall, but when I took Star out to change a diaper, I heard her still shrieking and found her and Bart in a little classroom, where Bart told me she had been lying on the floor screaming that entire time and nothing Bart tried would calm her down. (Bart offhandedly mentioned a hangnail to her and she stopped screaming to say, “Oh, I had a hangnail! Mom clipped it.” She showed him the finger in question, and then went right back to crying on the floor).

She and Ella often play well together, but they also make each other crazy, and Ani frequently has to be restrained from hitting Ella. Sometimes, if Ella has locked her bedroom door so she can read or work on a project alone, Ani will sit outside the door and sing “Do you want to build a snowman?”

Ella has only started enjoying being on her own in the last year or so (really since she learned to read) but has always wanted a TON of attention. Ani, on the other hand, has always been happy to entertain herself for surprisingly long stretches of time. She’ll play in the sandbox alone or play with blocks or color. 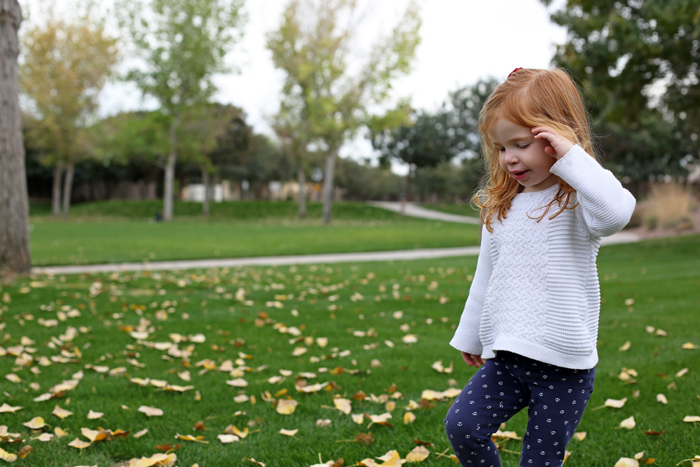 She’s also more likely to get into little mischief – drawing on her sheets with a pencil, quietly cutting all the tags out of Ella’s clothing (and miraculously not cutting any of the clothes themselves) or climbing up on the pantry shelf to help herself to a handful of chocolate chips.

She loves it when I take her photos for Instagram or my blog and will very seriously inform Bart or Ella, “I have to go be a hand model for Mom.”

She is very precise – if you use a shortened word or name for something, she’ll correct you every time.

Cooking is her favorite thing. Last week, I told her we were going to cook something and when I came into the kitchen, she’d already pulled the stool up to the counter, pulled out the KitchenAid and was holding the paddle attachment and the dough hook. When she saw me, she said “Which one do we need?” She loves to add ingredients, whisk everything, and especially loves carefully stirring something on the stove, while endlessly assuring me, “I being careful. I not going to burn myself.” 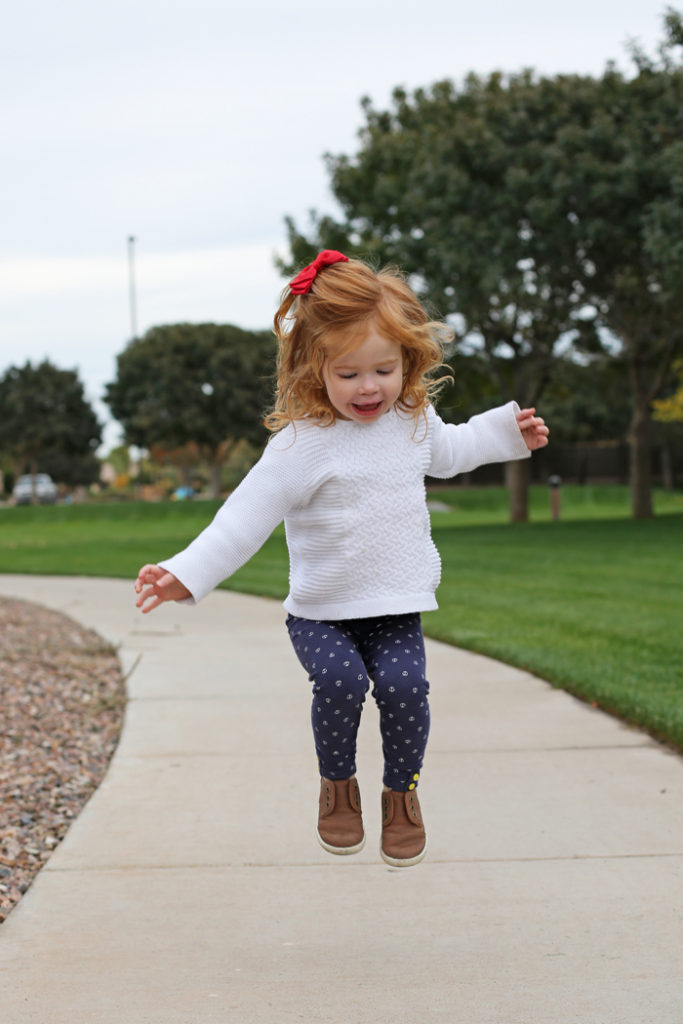 And everywhere we go, her gorgeous red hair draws comments. It’s not just a beautiful color, but it also is so shiny, hangs perfectly, and has just the right amount of curl.
She has the twinkliest eyes and her little face is always just bursting with cute expressions. She’s just the best addition to our family and in many ways, I can hardly believe she’s only three, because it seems like much much longer that we’ve known her.
Happy birthday, little magoo. 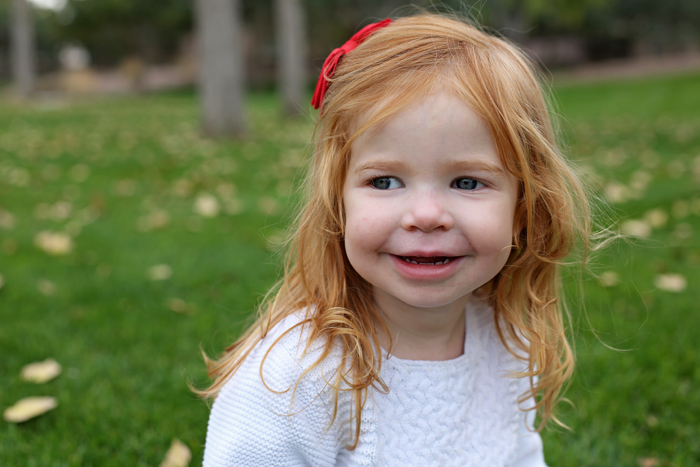 Previous Post: « Alcatraz vs. the Evil Librarians by Brandon Sanderson
Next Post: 8 Picture Books to Curl Up With »