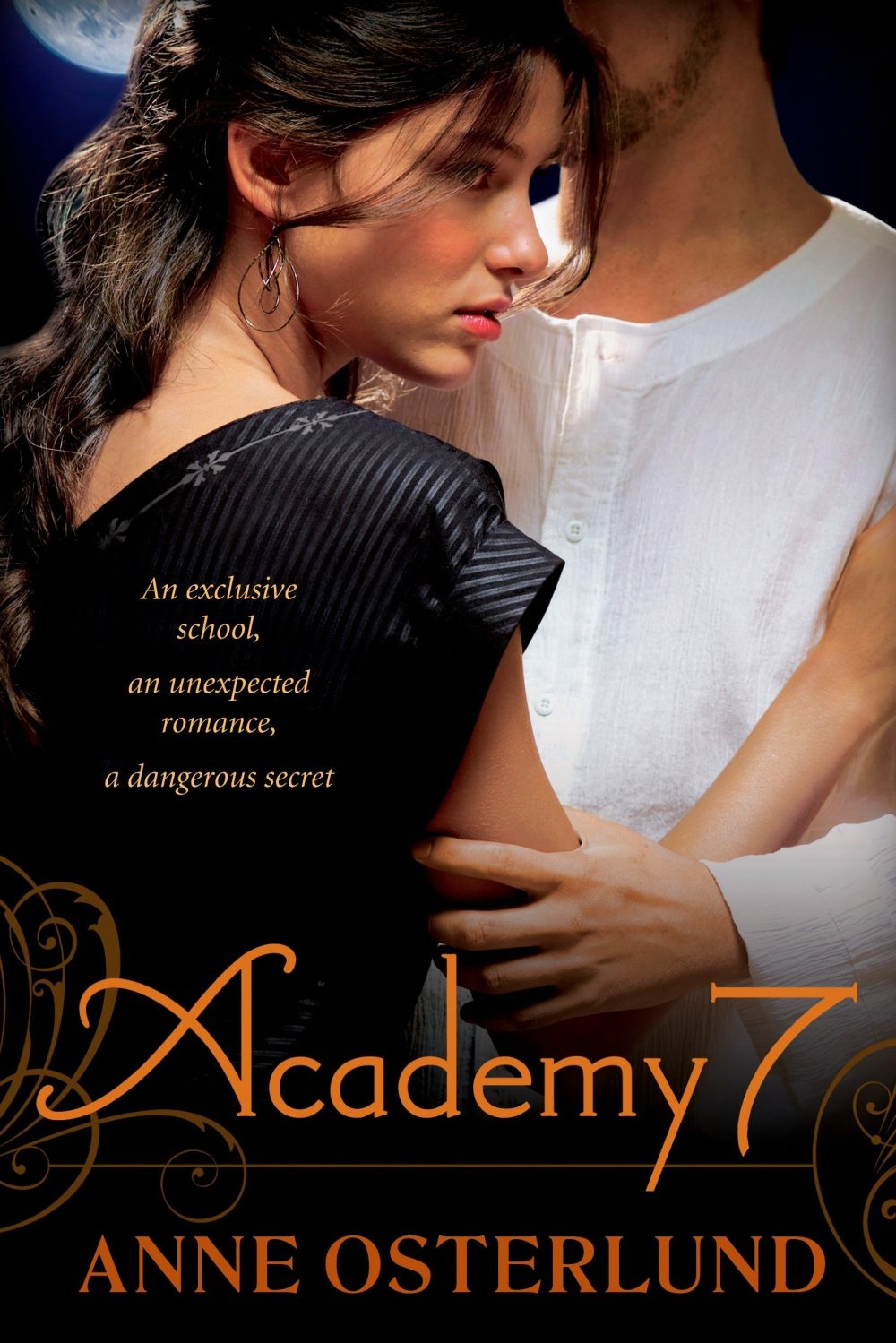 7 of 10: Misleading cover notwithstanding, Academy 7 was a surprisingly enjoyable sci-fi book. If there was a sequel, I’d definitely read it.

I know what you think when you look at this book. You’re thinking, “hello, teen romance.” And you would have reason to think so; I mean, that cover photo screams romance and then right there on the front it says “an unexpected romance.” Except it’s not really. There is one kiss on the last page. That’s pretty much the extent of the love story.

The real story of Academy 7 is about Aerin and Dane. Aerin is rescued from a crashing space ship and the captain takes pity on her, allowing her to take the test to qualify to attend one of the Alliance’s schools, even though she’s not an Alliance citizen (in fact, she’s never even heard of the Alliance, a group of planets trying for peace and stability in the galaxy). She tests really well and gets in to Academy 7, the most prestigious and competitive of the Alliance schools.

The other top student at Academy 7 is Dane and he comes from a very rich family. His dad is one of the top military leaders in the Alliance and his relationship with Dane is deeply strained at best.

He and Aerin are both kind of outcasts at the school, Aerin because she’s trying to figure out how to navigate as a citizen without letting anyone know she isn’t really a citizen and thus not eligible to be there, and Dane by choice because he doesn’t want to be friends with anyone who is only trying to be associated with his rich and successful family.

The story is focused mainly on both of them trying to figure out their parents past. Why is Dane’s dad so angry and determined to undermine Dane’s success at school? And who was Aerin’s dad, anyway, and why did he never talk about his past? Not to mention the fact that she has absolutely no idea who her mom was and her dad would never mention her at all.

It kind of had a Star Wars-y feel to it and it was the perfect book to read on the train in Boston. I just had to keep my hand over the rather embarrassing cover.