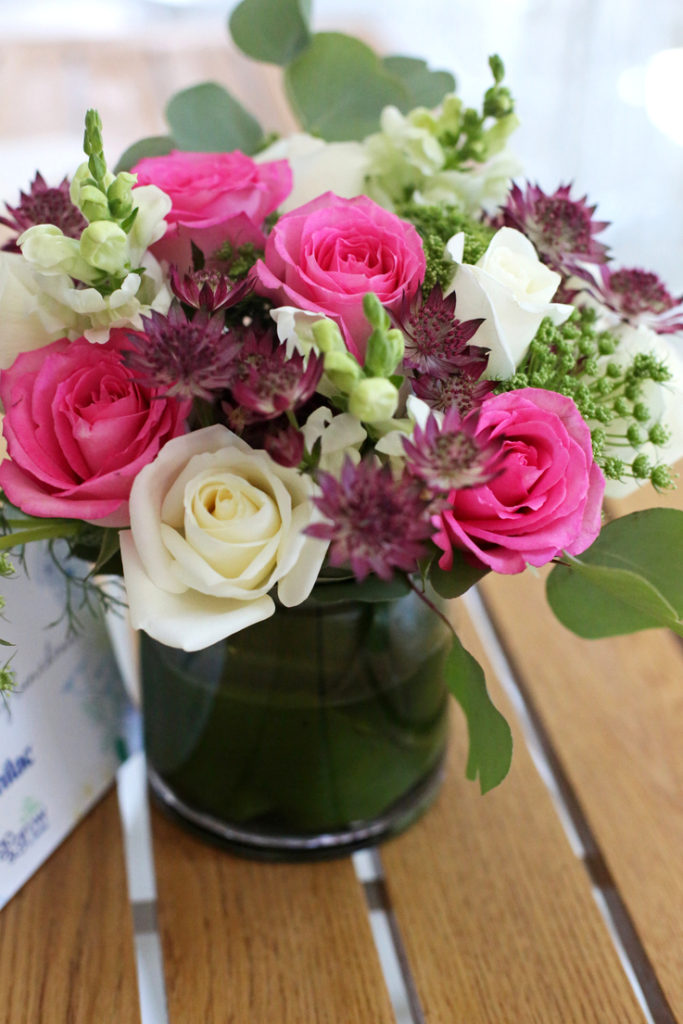 A few weeks ago, I took a super fast trip to New York City.

How fast? I was out of the airport for less than 24 hours.

Similac hosted a gorgeous little garden party in Midtown and invited six bloggers to come speak on a panel about food and little ones. 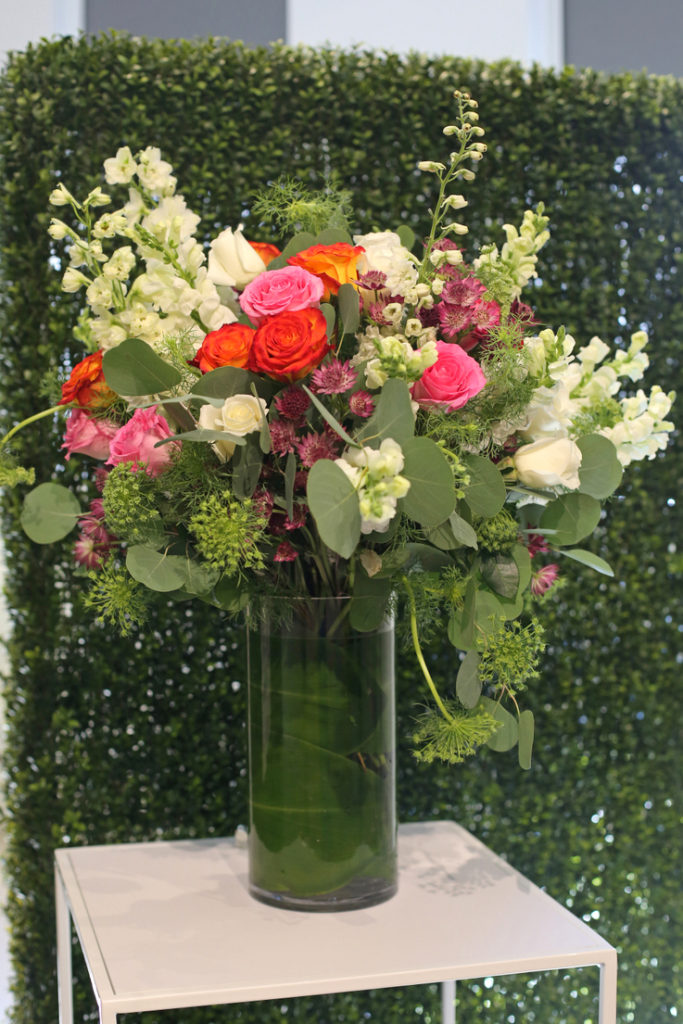 I won’t lie – the flight out was just so fun for me. You know you’re a mom of young children when sitting on an airplane for five hours alone is like a spa day. I read an entire book, watched a movie, and ate my snacks without sharing with anyone.

Eventually we landed and I took a bus into the city and headed to dinner at Pure Thai Cookhouse, at the recommendation of one of my NYC friends (I was so hungry by this point, after 10 hours of eating nothing but snacks). 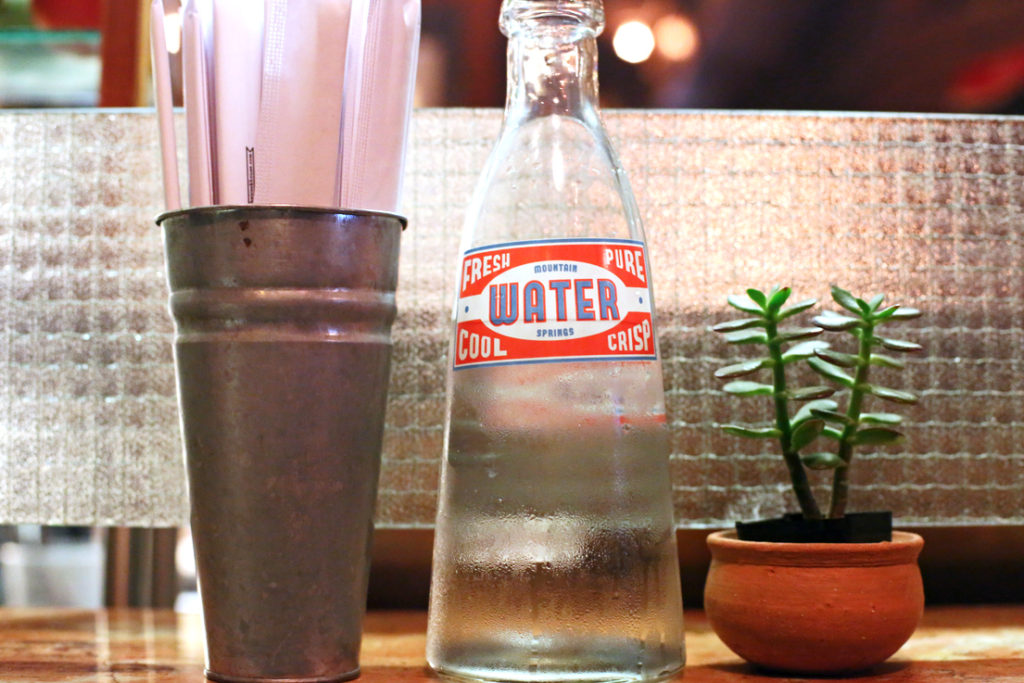 They sat me at the counter and I chatted briefly with the older woman next to me about what she’d ordered and what on the menu was good.

When the waitress came, I ordered some Chicken Curry Puffs and Chicken Pad Thai. The lady looked over at me and said, “I see you went with the safe option.”

I suddenly felt this panic that I’d made a terrible choice, and flagged down the waitress to change my order to the Ratchaburi Crab & Pork Dry Noodles, which apparently are the most popular item on their menu.

I’ll admit, I shouldn’t have been swayed by my opinionated neighbor. The noodles were fine, but not great, and I think I would have liked my safe Pad Thai a lot more.

My dinner was saved, though, by a ordering the Pumpkin Custard and Sticky Coconut Rice for dessert. That stuff was AMAZING. I don’t even really love pumpkin and I’m generally underwhelmed by Thai desserts, but this blew my mind. I was already pretty full and I still ate the whole thing.

I headed to my hotel a few blocks away, and savored not only being able to wear a jacket, but also the chance to walk around a little after all those hours on the plane and then bus.

I intended to go to bed early because I had to be at the Similac event bright and early, at least on my time-zone, but then I accidentally ended up reading Eligible straight through. (Brief review? Decent first half, nose-dived in the second half. Did make me want to go watch either the Colin Firth or Kiera Knightley version again ASAP).

In the morning, feeling glad for makeup to make me look a little less like I’d stayed up until two a.m., I headed over to Venue57, which was just so pretty. 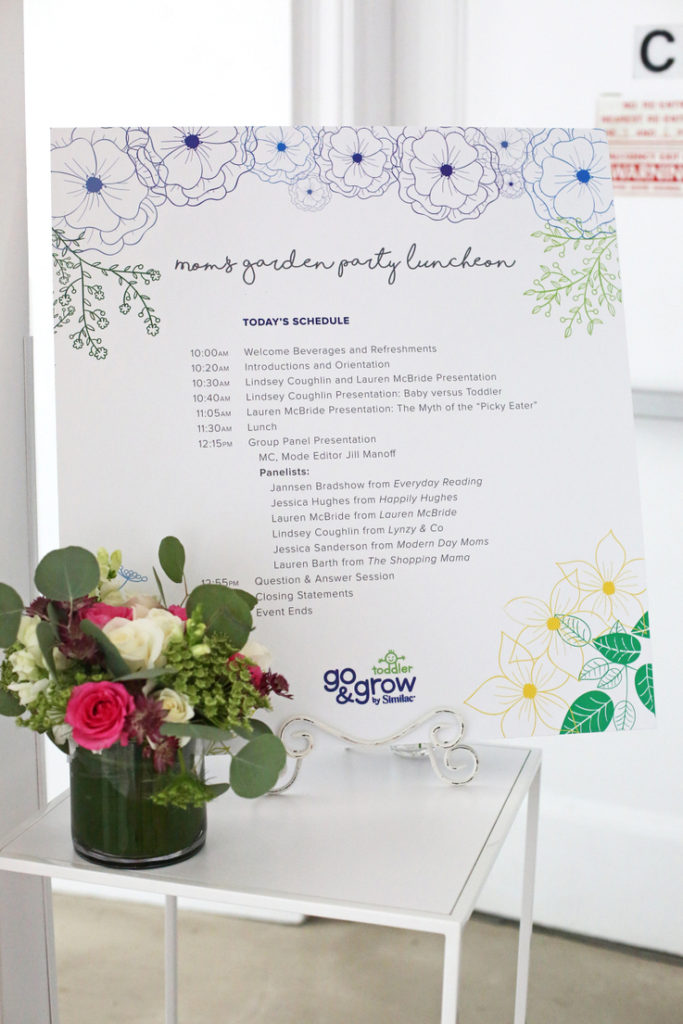 Similac had set up all sorts of lovely flower arrangements, plus a gorgeous pastry and fruit breakfast assortment, and I had a chance to meet the other bloggers plus the editors I’ve worked with for the last three plus years.

The event was open to anyone, and right around ten, people started arriving. Everyone grabbed something to eat and stood around chatting, and then two of the bloggers did some fun little skits about meal times with their kids. There was so much audience participation and feedback, and it was really fun. 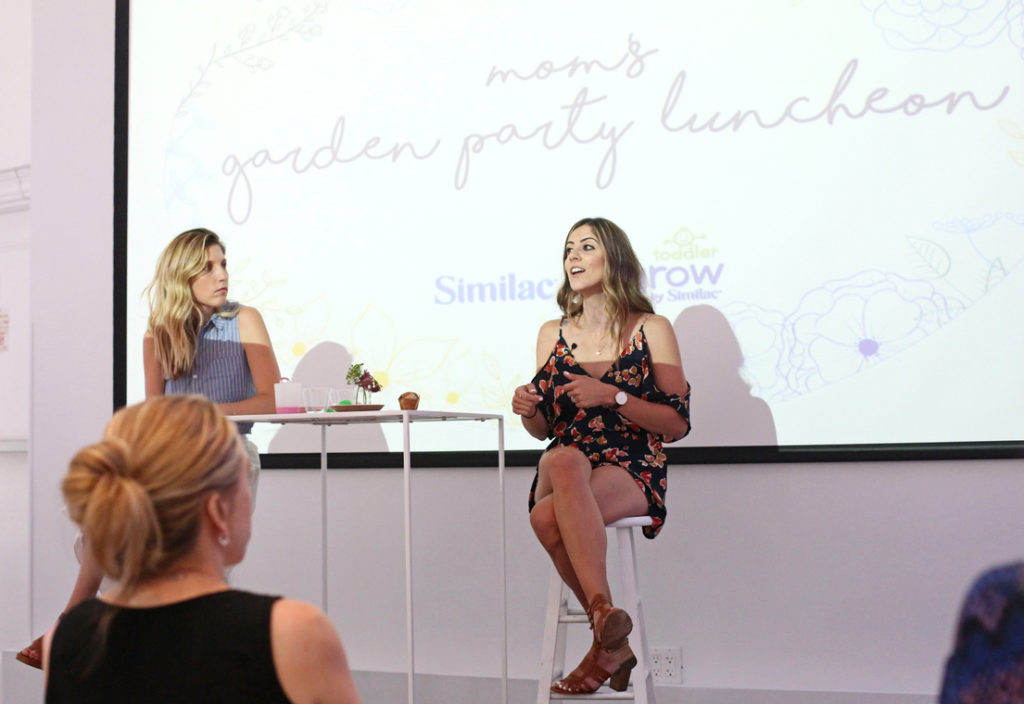 Then we broke for lunch (I had an insanely good roast beef sandwich, plus these incredible giant heirloom tomatoes – writing this post is making me starving).

After lunch, it was panel time. One of the Mode editors was the moderator and she did such a great job asking interesting questions about how we handle mealtimes and food and snacking with our little kids, and I loved hearing what the other moms had to say.

In about thirty seconds, the whole thing was finished and everyone went on their merry way. 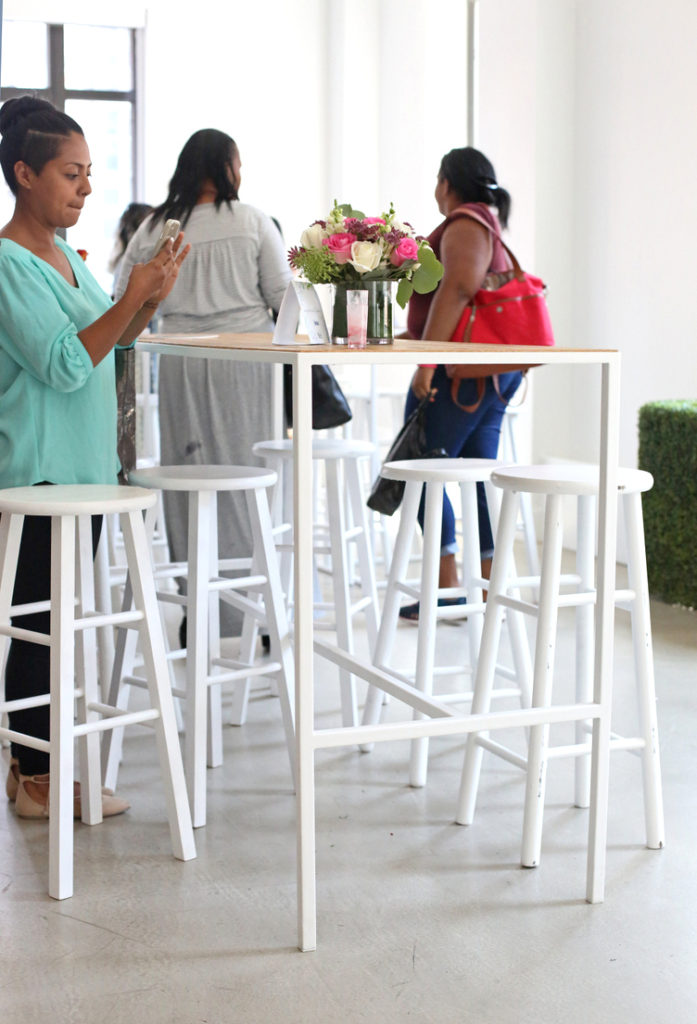 I went back to the hotel, changed into regular clothing, and then went to Starbucks to do a little work and eat some chocolate croissants.

I only had a few hours between the end of the event and when I had to catch a cab back to the JFK airport, and I thought, “What do I really want to do with this child-free time?” 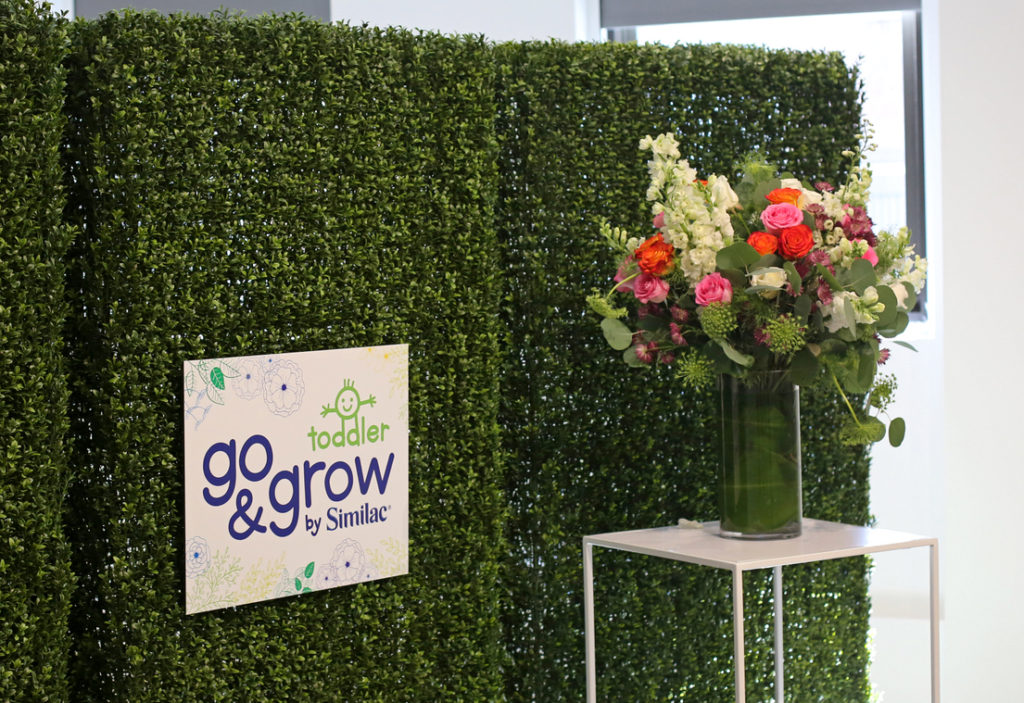 I’ve been to New York quite a few times (most recently in 2009 for Thanksgiving with Bart, and then with friends in 2013), and always done a ton of site-seeing, so there weren’t any major things I was dying to do.

Instead, what I really wanted to do was get a pedicure. So I did, and it was great.

Afterward, I stopped in at Omar’s Kitchen on Erica’s recommendation, and got some really really amazing Greek food. I sat down outside a subway station and watched all the traffic go by and ate my dinner and missed living in London so so much.

A (very car-sick inducing, thanks to 90 minutes of stop-and-go traffic and typical super sharp braking driving) cab ride later, and I was at the airport, ready to head home.

This flight was fairly late in the evening and got delayed, so I was delighted to board and discover that the last eight rows or so were completely empty. I stretched out in one of them with a blanket and slept the entire five hours back to Phoenix. Maybe even better than a whole book, movie and snacks to myself.

It was such a terrific little trip, and it made me miss city living. I’m dying to take the girls back and do all sorts of touristy things. 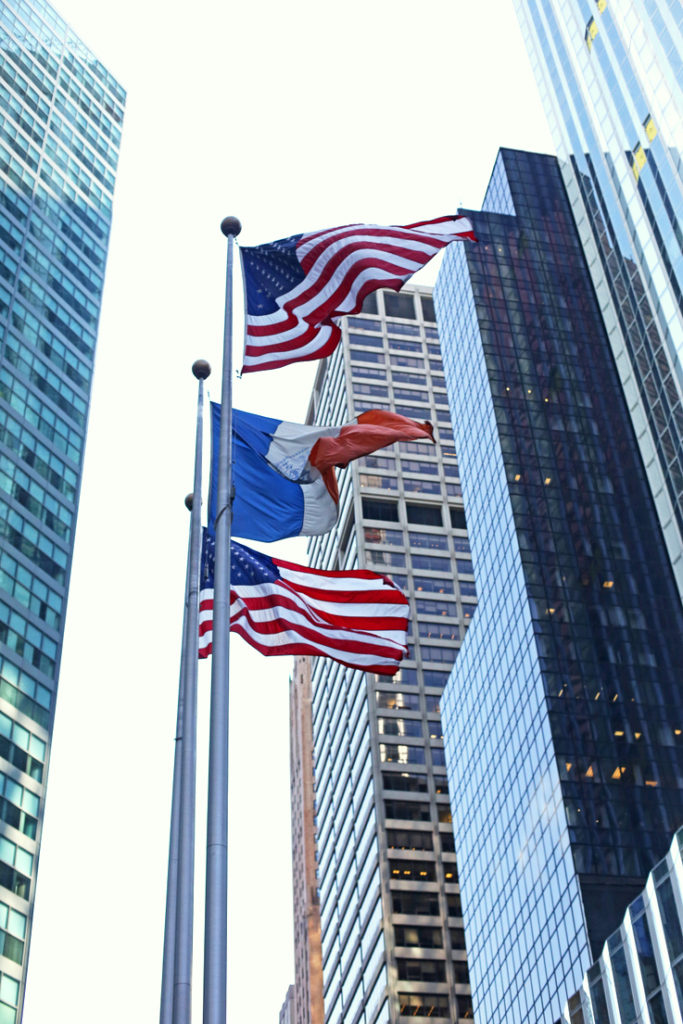