I love the Fourth of July.

Bart had a shorter day on Friday and then Monday off, so we had plenty of time to really party it up.

On Saturday afternoon, we had a BBQ with some friends, at their lovely house on three acres of land. It . . . was incredible. The weather was perfect, and the food was to die for. 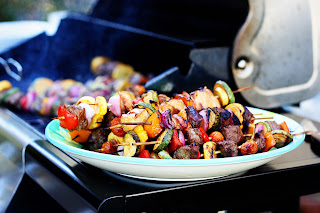 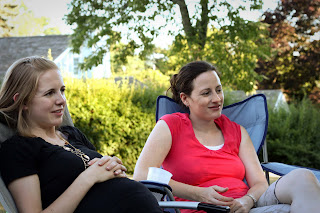 We made homemade strawberry oreo ice cream, which I would like a lifetime supply of, thank you very much. 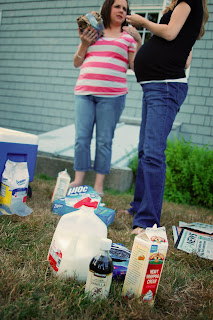 (Kristen took this picture and I love it because my hair looks so good in it. And isn’t that what life is about?) 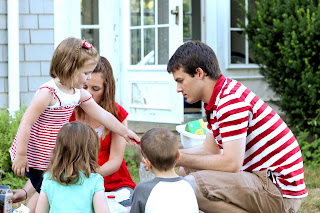 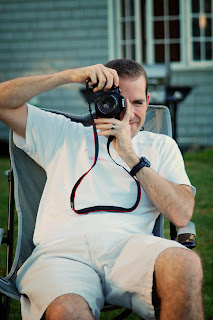 Bart spent most of the evening like this (photograph also by Kristen)
On Sunday evening, following two more BBQs (yes, we know how to celebrate in style), we braved downtown Boston for the Boston Pops Firework Spectacular. We parked down in the financial district (and Bart got to parallel park on the left side of the road for the first time) and walked through downtown and Boston Commons to the Hatch Shell, where we were able to get close enough to see and hear Toby Keith and the Boston Pops.
The crowds right up against the Hatch Shell were insane, though, and people are sweaty and also think it’s totally acceptable to smoke when you are packed so tightly that you are forced to hold your cigarette straight up in the air above your head when you’re not actually smoking it.
Once we made it through the crowds, though, we found a nice spot by the river and waited for the fireworks to begin. And. . . wow, all the talk about them being the best firework display in the country wasn’t for naught. They were incredible. Bart took many many pictures of the fireworks and they turned out amazingly well, especially considering we had no tripod. 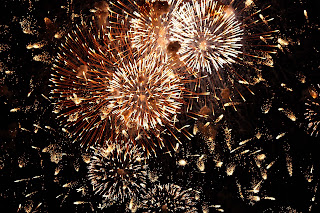 We got home just after midnight, exhausted from walking nearly four miles roundtrip from the car, and fell into bed (after washing our feet because. . . .yuck).

Yesterday, we called up some friends who live near the beach and spent several hours enjoying the sun (and more importantly, the shade of their beach umbrella). 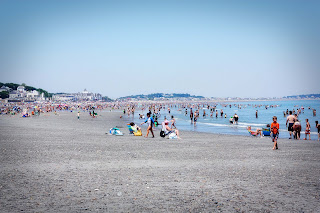 It was JAMMED with people. Also, I understand now why people go to Cape Code instead, where the beaches are actually covered in soft white sand, rather than large rocks and mud (we went down to Cape Cod last week when Bart was off work and it was lovely). Still, a very fun afternoon.