Every time I post a picture of our family room on Instagram, someone comments on how beautiful the lighting in that room is.

Except that once the sun goes down, the lighting is pretty much abysmal in there.

The ceiling lamp in that room is WAY too small for a room that size and the previous owners left 15 watt bulbs in there (and one of them was burned out), and it was basically the most depressing room ever.

I basically tried to avoid ever being in there after the sun set because it was such a downer.

Then we got this floor lamp from Lamps Plus and it was seriously the biggest difference (and also, because it has a step-on switch, the girls think it’s a toy designed just for them. I was amazed we didn’t blow out any bulbs in the first week when it was getting turned on and off dozens of times in a row, all day long).

It’s the first real lamp we’ve ever actually owned (rugs and lamps, I guess, have never really been on my radar until now), and suddenly I’m looking at lamps in a whole new light (no pun intended. . . ).

Frankly, every room in our house is poorly lit, although it’s not quite as noticeable because none of the other rooms are as ridiculously large as the family room.

I’ve amused myself recently during marathon nursing sessions by picking out lamps for various other rooms and thought I’d share some of my favorites: 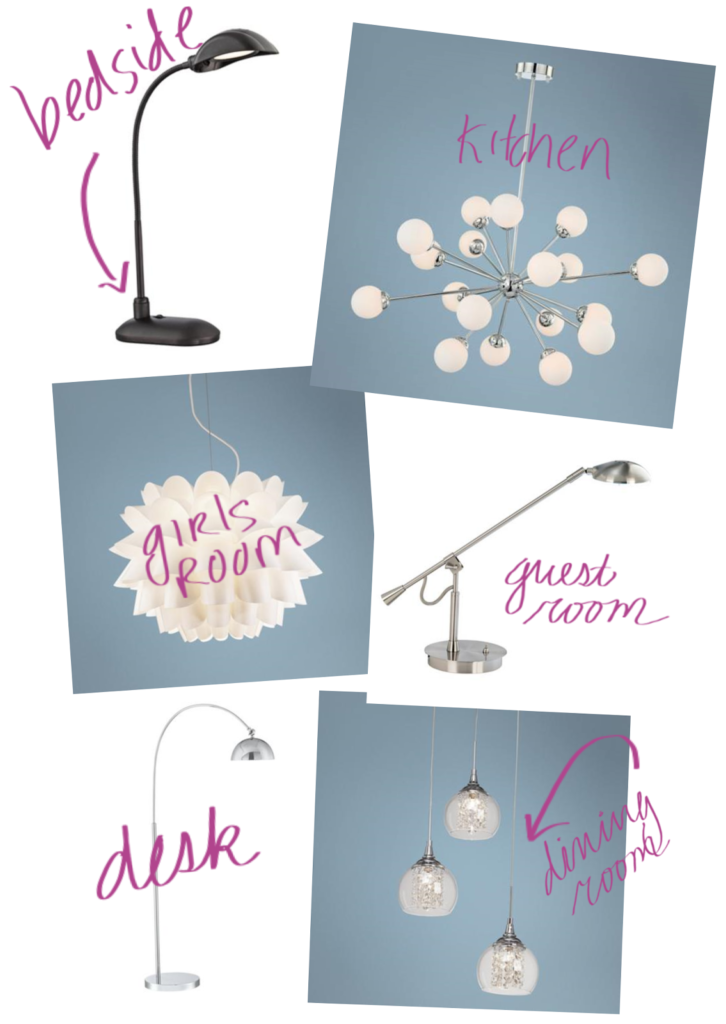