We decided that the weather forecast for Boston this past weekend was just too ugly and thus, we decided to spend Saturday in Phoenix where it was sunny and 70 degrees. You know, because we could.

Of course, it was far more complex than all that and involved Bart’s work travel schedule, ridiculous amounts of driving and time at the airport, and some very late nights.

But it was all worth it to spend an entire Saturday with Kayla and Aaron and Wes. Also, to not have to wear rainboots or a coat or carry an umbrella.

Despite my getting in at 2:00 a.m. on Saturday morning (Kayla clearly really loves me to get out of bed at that time and drive to the airport to pick me up), we got up fairly early, had a fabulous breakfast of french toast (will be hiring Kayla to come cook for me when I am super wealthy and also have a guest house), and then headed out to hike.

Which is the only place we took pictures the whole weekend. And in most of them, I look like such a huge nerd, I will not share them with you. 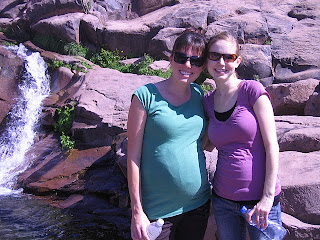 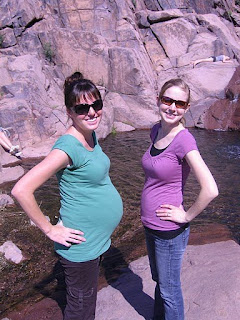 Did we take any pictures later in the evening when I had actually SHOWERED and had makeup on? No, of course we did not. I know for a fact that there were no less than FOUR cameras on the premises.

As Kayla said (um, don’t go look at that link because she posted the ugly pictures too, curse her), besides the hiking, mainly we ate. Because it’s what we do. Lunch at Taco Tote (hello, Mexican food. How I miss you here on the east coast where people don’t really seem to know what you are) and dinner at Cheeburger Cheeburger (don’t you just like saying that?). Where we ate outside. Because it was not freezing or pouring rain. Does it get better than that? No, it does not, when your standards have sunk as low as mine clearly have.

Even the fact that three of my four flights were delayed by 90 minutes or more (and the fourth flight was overbooked) couldn’t get me down.

I’m guessing this Saturday’s adventures won’t be quite as globe-trotting. On the other hand, my dad is coming in to visit from Las Vegas, so, you know, SOMEONE will be doing some globe-trotting.